Transfused with far eastern spirituality, the works of South Korean artist SHIM MOON SEUP have shaped the harmonious relationship between man an nature ever since the seventies. During the years of his artistic progression he has liberated himself from the initial desire to dominate mere representation. "My hands resting for a short while, I am constantly trying to let a simple artwork stand out like a self-sufficient trifle". Shim Moon Seup concentrates more on natural elements and is allured by the fundamental simplicity of materials like earth, fire, water, stone ...

"vers une île”, 10 sculptures exhibited in the garden of the Palais Royal, organized by IBU GALLERY, under the patronage of the French Ministry of Culture and Communication, from of April 23rd until June 30th, 2007 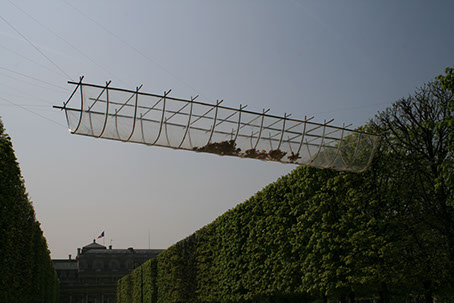