“To see an egg, a leaf or a shell as if for the first time.”

Since 1976 Ted Muehling has been designing jewelry and decorative objects inspired by organic forms found in nature. He produces multiples as well as one-of-a-kind pieces using such materials as precious and semiprecious metals and stones, pearls, plastic and wood. An intimate observer of the natural world, Muehling has been inspired since childhood by plants, shells, reptiles, insects, birds and other treasures discovered during walks in the woods and along the seashore where he grew up. He has described his work as an ongoing effort to experience the familiar anew, “to see an egg, a leaf or a shell as if for the first time.” Muehling has attracted attention for jewelry that refined such natural elements as rice grains, olive branches, pine cones, and insect wings.

Since 2008, artist permanently exhibited at IBU GALLERY, including temporary exhibitions: 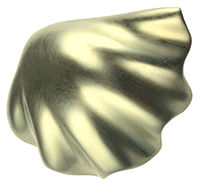